Series of 14 bombings in Thailand 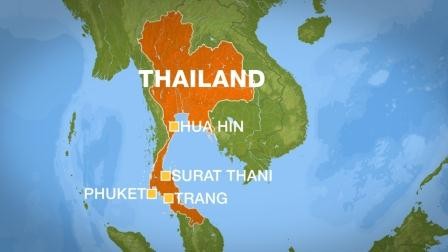 According to Thai Law Enforcement, 14 bombings took place in 6 different regions of Thailand. Ministry of Health says, they have resulted in 4 people losing their life and 35 injured.

This day is the Mothers’ day and Queen Sirikit’s birthday, so this say many people went out.

"Why has it happened now when the country is improving ... Who [did it]? Who doesn't want to see Thailand getting better? Which group? Go find out for me," said the PM.

No one took responsibility for the bombings, but it is being speculated, that they are connected with the recent elections which solidifies the power of the junta that seized power two years ago, according to critics. Sullivan reports that all of the areas hit "voted heavily in favor of the military-drafted constitution".