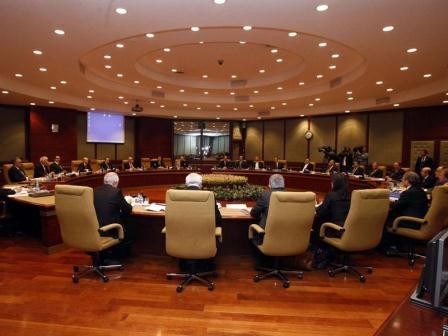 A meeting of Turkey’s Cabinet of Ministers is being held under chairmanship of President Recep Tayyip Erdogan, Anadolu Agency reports.

The Chief of General Staff Hulusi Akar is also taking part in the meeting, which is being held at the presidential palace in Ankara.

Akar is expected to address the meeting with a report on the July 15 military coup attempt, organized by Fethullah Gulen movement.

Erdogan had said the death toll as a result of the military coup attempt stands at 246 people, excluding the coup plotters, and over 2,000 people were wounded.

He declared a three-month state of emergency in Turkey on July 20.