Israel to pay compensation to Turkey 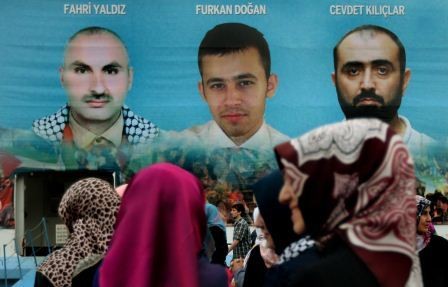 A project of an agreement for normalising Israeli-Turkish relations was presented in the Grand National Assembly of Turkey.

The process of its adoption was stopped previously because of the failed coup attempt on July 15.

After ratification, the two countries are supposed to restore their diplomatic relationships and appoint ambassadors to each other. Also, according to the document, Turkey should receive 20 mln. EUR as an indemnity in 25 days to compensate families of the victims of the naval raid on the Mavi Marmara-led flotilla, a Turkish ship that tried to breach the Israeli blockade of the Hamas-ruled Gaza Strip. According to the text of the deal, Turkey has agreed to cover any costs to Israel or Israelis that exceed that amount. Ten Turkish citizens died.

Other provisions include allows Turkey to transfer materials through Israel to build houses, a hospital, a power station and a desalination facility in Gaza. Turkey will also be able to build major projects in the West Bank, including an industrial zone in Jenin.

The document was signed this June.