Armenians leave the territories of Azerbaijan 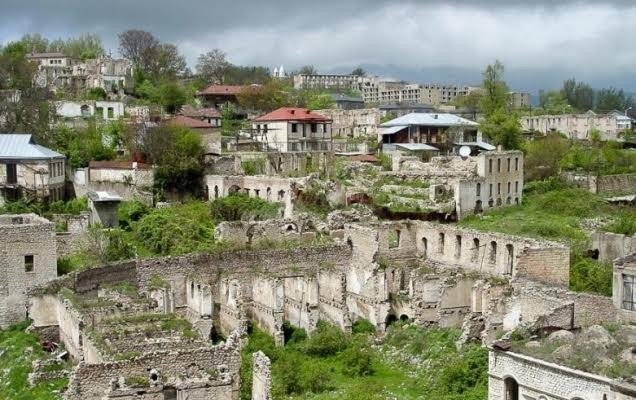 Armenian opposition websites report about the deplorable situation in the country, as well as in the occupied Nagorno-Karabakh region. According to the note of Armenian journalist, Avtor Vahram, the population in Armenia is less than 2 million.

“Each month, tens of thousands of people are forced to leave the country. The majority of people are who suffered from unemployment. Sargsyan’s government calls these journalists with name of “fulfilling the foreign orders”. Even there are representatives of the government who speak about absurd allegations as "it is order of Azerbaijan”, - the journalist said.

According to reports, during the year 2015 alone, more than 50 thousand people left Armenia. It is said that people who leave the country, as well as Armenians in Nagorno-Karabakh also have been migrating to Erevan. They say not to want dying. A.Vahram writes that the Armenians in Nagorno – Karabakh fear to get injure on front line as well as suffer from social problems.

“In recent days one of my colleagues who paid a visit to Karabakh says that he is horrified what he saw there. People live in very poor condition always face the fear of death and injustice. It is easy to name a spy to someone. If anyone protests for something, this man can be easily arrested calling the agent of Azerbaijan. As if these areas are emptied deliberately. But they do not realize that it is in favor of Azerbaijan".

According to data, the Armenians who were allocated in Karabakh leave massively here when they find an opportunity.