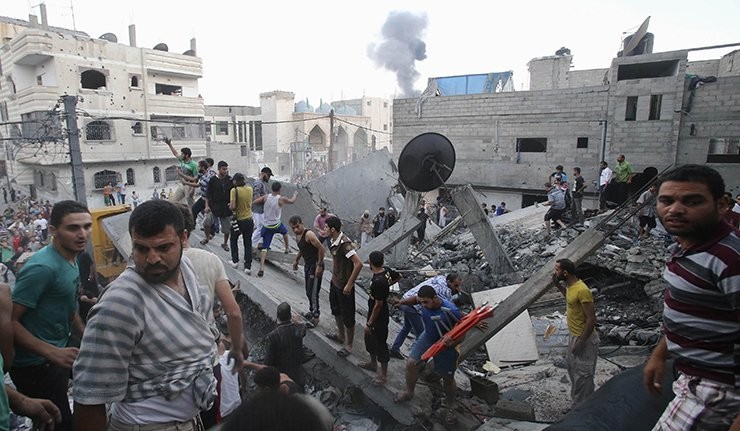 The Israeli army has warned some 100,000 Palestinians in the eastern Gaza Strip to evacuate their homes, military sources said Wednesday, AFP reports.

Flyers were dropped over the Zeitun neighbourhood southeast of Gaza City, and residents there and elsewhere also reported receiving recorded phone and text messages urging them to evacuate by 0500 GMT.

The flyers explained that the army would be carrying out "aerial strikes against terror sites and operatives" in Zeitun and Shujaiya, since "a high volume of rocket fire at Israel" was from there.

A similar message was sent to residents of Beit Lahiya in northern Gaza.

"The evacuation is for your own safety," the leaflet read, warning residents to not return to their homes until further notice.

Similar messages had been sent to Beit Lahiya with a Sunday deadline, causing the exodus of 17,000 people who took shelter in United Nations schools.