Pyongyang demands US and South Korea... 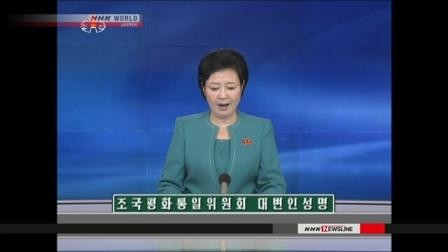 North Korea is demanding the cancellation of joint military drills that the US and South Korea are scheduled to begin on Monday.

The North's Committee for the Peaceful Reunification of Korea, which serves as a liaison with South Korea, released a statement on Sunday. It said the more the United States sticks to military provocation, the stronger the will of the North Korean military and people to retaliate becomes. The statement says the North will destroy all threats with its nuclear deterrent. During last year's exercises, the North Korean military fired artillery rounds toward South Korean frontline troops. It also temporarily declared a "quasi-state of war" in its frontline areas, raising tensions between the 2 countries. The North has also repeatedly launched ballistic missiles. Earlier this month, it fired a missile believed to be a medium-range Rodong that landed in Japan's exclusive economic zone in the Sea of Japan. The United States and South Korea are stepping up their alert levels, as they believe the North may launch more ballistic missiles in response to the joint drills.