Syria’s villages freed from IS terrorists 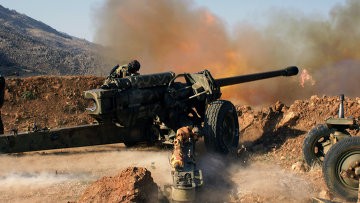