US sends 50 servicemen to Turkey 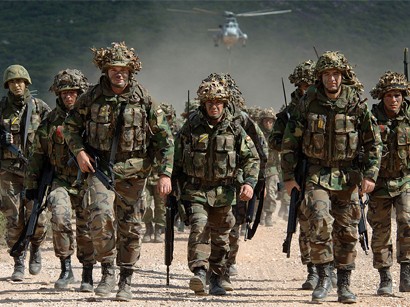 The US sent 50 servicemen to the Turkish southern Gaziantep province, bordering with Syria, where the US High Mobility Artillery Rocket System (HIMARS) was earlier deployed, the Hurriyet newspaper reported Sept. 5.

According to the newspaper, HIMARS system, having a 92-kilometer range, will be used to fight the “Islamic State” terrorist group in Syria.

Militants from various armed groups are confronting the Syrian government troops. The “Islamic State” (IS, ISIL, ISIS or Daesh), the YPG and the PYD are the most active terrorist groups in Syria.