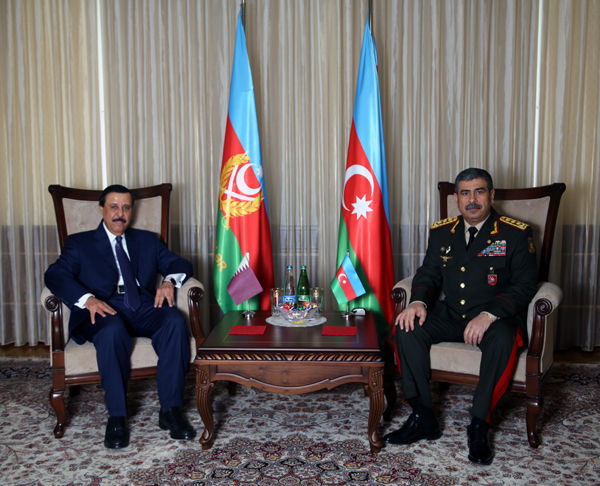 Minister congratulated the Ambassador on the beginning of diplomatic activity in Azerbaijan and wished him success in the field of expansion of cooperation between Azerbaijan and Qatar.

Minister highlighted the efforts of leaders of the two countries in the expansion of the Azerbaijani-Qatari relations and noted the successful development of relations in the military sphere.

Diplomat, in his turn, expressed his satisfaction with the start of activities in a friendly and fraternal Azerbaijan as an Ambassador, and said that he would make every effort in the development of relations between the countries, in particular cooperation in the military sphere.

Relations between countries, including the prospects of military cooperation, regional security, Nagorno-Karabakh conflict and other issues of mutual interest were discussed in the meeting.