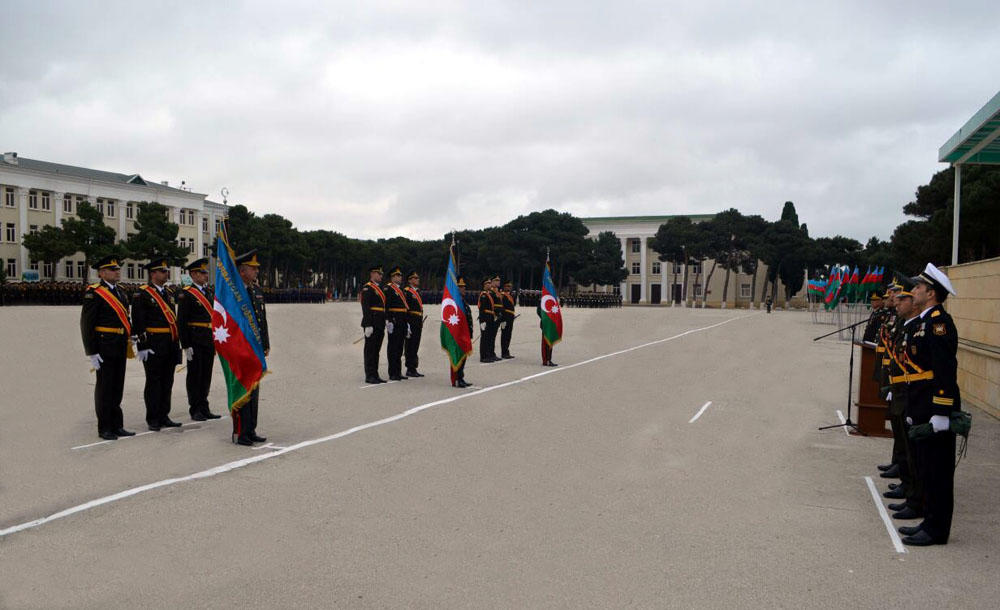 A ceremony of battle flags presentation to special educational institutions of the Ministry of Defense was held.

Axar.az reports citing Ministry of Defense that, at the beginning, the memory of the national leader Heydar Aliyev and shehids (martyrs) who died for the independence and territorial integrity of Azerbaijan was honored with observing a minute of silence, and then the national anthem was played.

In the course of the event held at the Azerbaijan High Military School named after Heydar Aliyev, the Deputy Chief of General Staff of the Armed Forces – Chief of the Main Department of Combat Training and Military Education, Lieutenant General Nizam Osmanov, having greeted the participants of the ceremony, brought to the attention of the military personnel the relevant decree of the President of the Republic of Azerbaijan, the Supreme Commander-in-Chief of the Armed Forces, Mr. Ilham Aliyev in regard with the presentation of battle flags to special educational institutions of the Ministry of Defense.

Having congratulated the military personnel on a field day, Lieutenant-General N. Osmanov conveyed the greetings of the Minister of Defense to the participants of the event.

The event ended with the withdrawal of battle flags and the passage of a solemn march of military personnel.