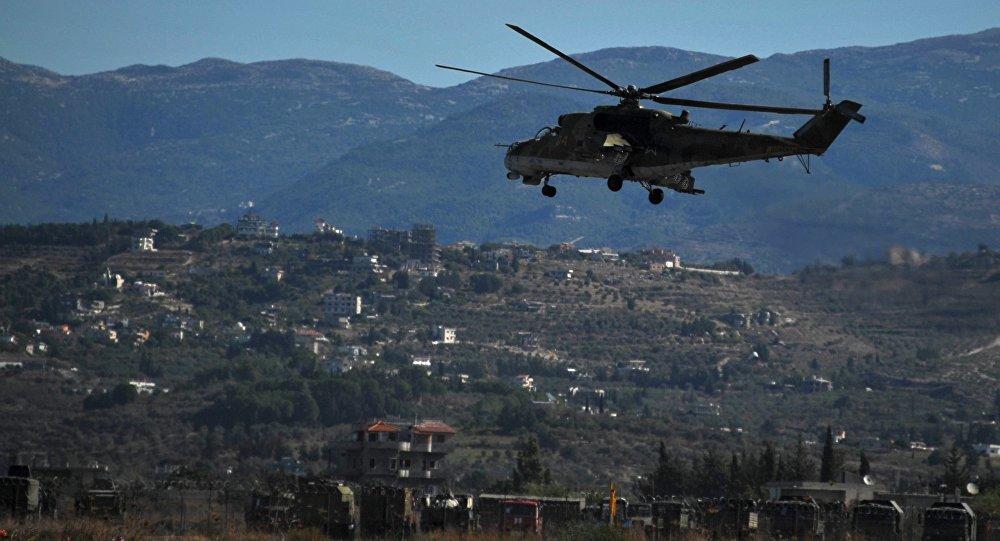 Al-Masdar News earlier reported that Ahrar ash-Sham terrorists had carried out a suicide attack against Russian servicemen near the Hmeymim airbase.

"There were no attacks on Russian servicemen or transport convoys in the Syrian province of Latakia and the Russian airbase in Hmeymim operates in regular mode," a spokesman of the airbase said Saturday.

According to Al-Masdar News, a member of the Al-Qaeda affiliated Ahrar ash-Sham terrorist group drove a vehicle filled with explosives into a Russian military convoy which caused a blast. The news outlet cited photos from the terrorists allegedly showing Russian armored carriers.

However, Syrian security forces refuted the claims stressing that presented photos were fabrications torn from the context.

Al-Masdar News also reported citing exclusive military source that blast could happen due to an accidental drop of reserve fuel tank by a Russian jet.

Syria has been mired in a civil war since 2011, with the country's government fighting against terrorist groups and armed opposition. Russia provides aerial support to the Syrian government forces and operates Hmeymim Air Base in the south-east of the city of Latakia.

Since the beginning of the Russian campaign in Syria several cases of casualties among Russian military have been reported. During the operation to free the city of Deir ez-Zor from Daesh militants in the beginning of September two Russian contract servicemen were killed. On September 24 Russia's Lt. Gen. Valery Asapov died after sustaining a "fatal injury" in the Daesh mortar shelling.