Hasanov met with the Commander of the Turkish Air Force 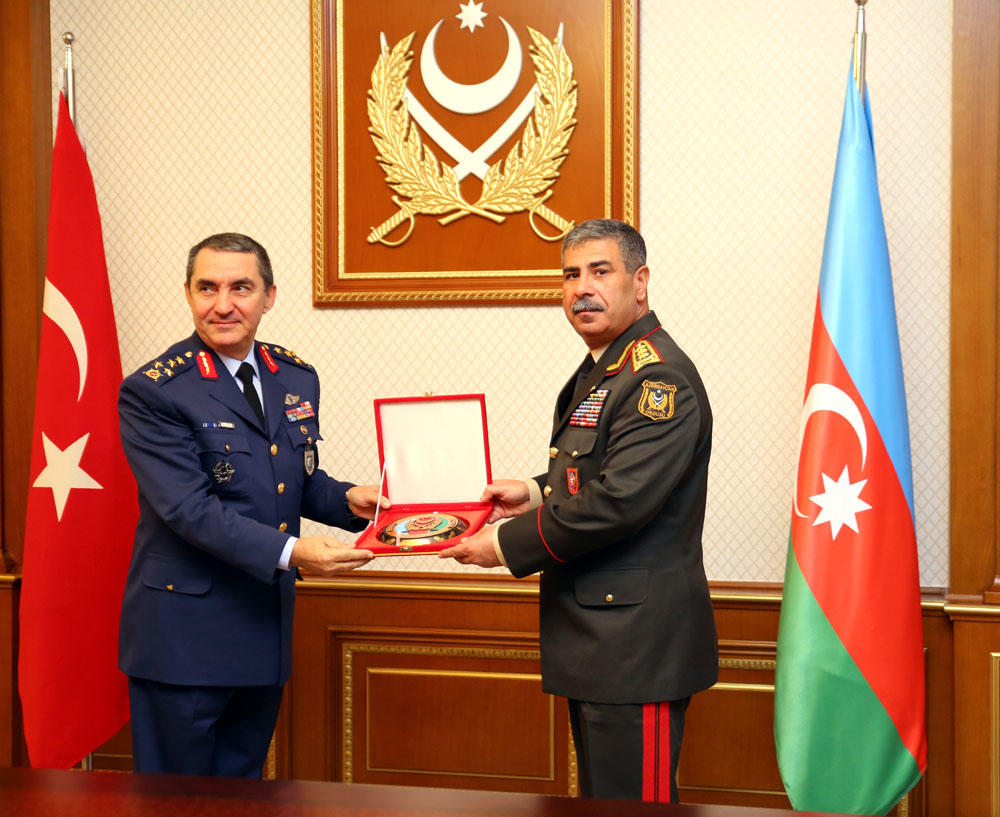 Axar.az reports that the delegation, led by General H.Kakyakyuz, first visited the Alley of Honor and commemorated the memory of our nationwide leader Heydar Aliyev and laid a wreath at his grave. The memory of prominent ophthalmologist, academician Zarifa Aliyeva was also remembered and flowers were laid on her grave.

The guests who came to the Alley of Martyrs honoured the memory of the heroes of Homeland, who lost their lives in the struggle for freedom and sovereignty of our country, and laid a wreath at the monument to "Eternal Torch". Then, the delegation laid a wreath at the monument to the Turkish martyrdom in memory of the martyrs of Turkish soldiers in the Alley of Martyrs.

The meeting focused on the development of cooperation between Azerbaijan and Turkey in the field of security, military, military-technical and military education, as well as the current state and prospects of relations between the Air Force.

The importance of expanding military cooperation between the two brotherly states and the peoples of the two continents was highlighted in the meeting, with the participation of expert groups consisting of military experts to exchange experiences, as well as to increase the number of joint exercises with the participation of Land Forces and Air Forces and other issues of interest detailed exchange of views was held.