MD checked the state of combat readiness of the units 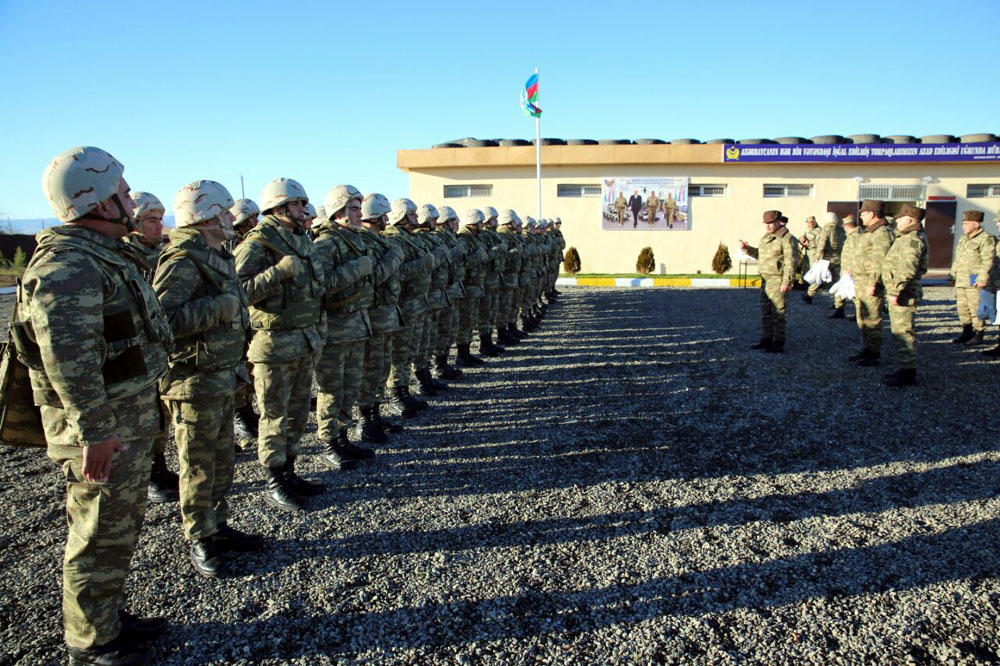 According to the instruction of the President of the Republic of Azerbaijan, Supreme Commander-in-Chief of the Armed Forces, Mr. Ilham Aliyev, Minister of Defense Colonel General Zakir Hasanov and the leadership of the ministry visited military units stationed in the frontline zone.

After hearing the reports, the Minister of Defense observed the positions of the enemy and got acquainted with the situation on the front line.

Then, having opened a new strongpoint in one military unit and military vehicle park in another, the minister checked the level of combat readiness of military equipment.

During the meeting with the servicemen, Colonel General Z. Hasanov inquired about their social and living conditions, as well as conveyed the holidays’ congratulations of the Supreme Commander-in-Chief to the military personnel and on behalf of the head of state rewarded the distinguished servicemen.