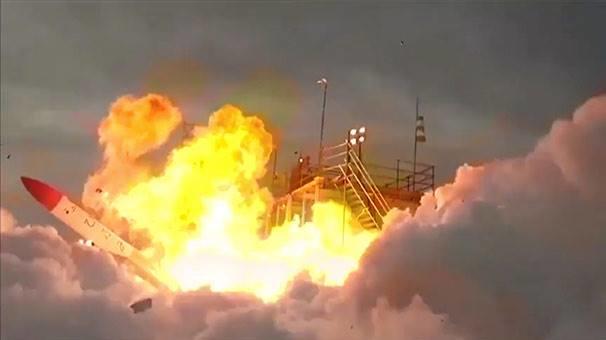 Axar.az reports citing Sputnik that, the United States has completed a study of new weapons needed to destroy hypersonic gliders and directed energy lasers, Greaves said at a think tank.

"The [Missile Defense] Agency and the Department [of Defense] have completed an analysis of alternatives, looking at hypersonic defense of which fast interceptors are… one option, directed energy is another and there are some other options in there", Greaves said on Friday.

During the analysis, private industry was also consulted to assess whether the current suite of interceptors is fast enough to "win the tail chase" to hit a hypersonic target, Greaves added.

Offensive hypersonic weapons are typically unpowered gliders that fall to Earth at speeds of up to 20,000 miles per hour in erratic, knuckleball-like trajectories. As a result, the weapons are difficult to track with accuracy, let alone destroy with existing missile defenses.

Test of hypersonic gliders by China and Russia have prompted the United States within the past year to revive a long-stalled effort to develop hypersonics, according to Pentagon officials.

US President Donald Trump unveiled the new US Missile Defense Review in a ceremony at the Pentagon in January. The new strategy calls for pursuing space-based inceptors and deploying more systems in Europe and the Middle East. In particular, the document points out Russia’s hypersonic glide vehicles (HGV) that can maneuver and travel at speeds of Mach 5 in or above the atmosphere.

US House Armed Services Committee Chairman Adam Smith has objected to plans in the new Missile Defense Review to invest in cost-prohibitive space-based interceptors and warned that the new strategy may drive Russia and China to boost their nuclear arsenal.

Russian President Vladimir Putin in an interview with Serbian newspapers published in January reiterated that Russia is not interested in an arms race but will not close its eyes to US cruise missile deployment in Europe.