US ready to consider new agreement to replace INF 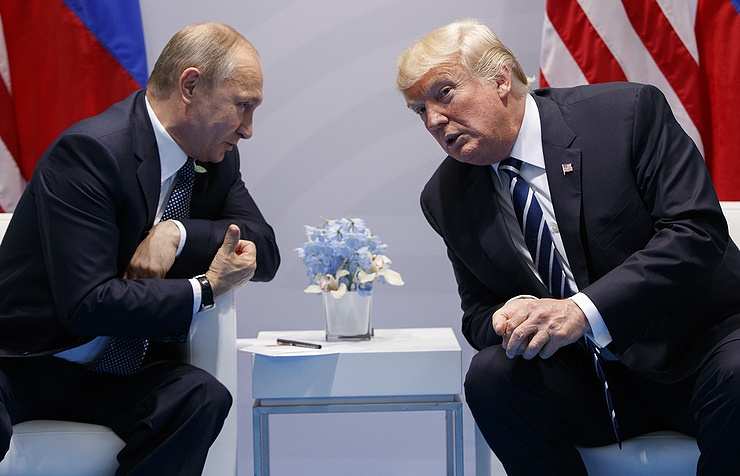 The United States is ready to consider the possibility of signing an agreement to replace the Intermediate-Range Nuclear Forces (INF) Treaty with a greater number of participants, US President Donald Trump has said.

Axar.az reports citing TASS that, in his State of the Union Address, Trump said that Russia has "repeatedly violated" the terms of the deal. "That is why I announced that the United States is officially withdrawing from the Intermediate-Range Nuclear Forces Treaty, or INF Treaty," he said.

"Perhaps we can negotiate a different agreement, adding China and others. Or perhaps we can’t. In which case we will outspend and out-innovate all others by far," he went on.

The INF Treaty, signed by the Soviet Union and the United States on December 8, 1987, took effect on June 1, 1988. It applies to deployed and non-deployed ground-based missiles of intermediate range (1,000-5,000 kilometers) and shorter range (500-1,000 kilometers). Washington on many occasions accused Russia of violating the Treaty but Moscow strongly dismissed all accusations and expressed grievances concerning Washington’s non-compliance.

On February 1, US President Donald Trump and Secretary of State Michael Pompeo announced the suspension of Washington’s obligations under the INF Treaty starting February 2. Washington is determined to withdraw from the Treaty in six months unless Russia returns to "real and verifiable" compliance.

On February 2, Russian President Vladimir Putin announced that Moscow was also suspending the Treaty. He handed down instructions to refrain from initiating talks with Washington on the issue and stressed that the US needed to show readiness for an equal and substantive dialogue.