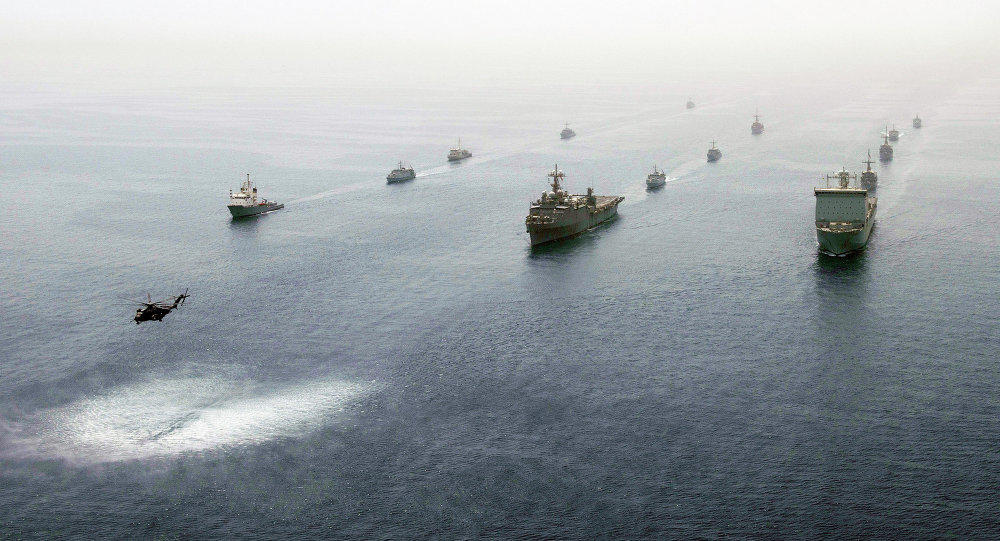 While the United States denies that it is seeking a military confrontation with Iran, the State Department ordered the evacuation of non-essential personnel from the US embassy in Baghdad and the consulate in Erbil, Iraq; later, the Netherlands and Germany suspended their mission to train Iraqi servicemen to handle security threats.

Officials confirmed that the two vessels, the USS McFaul (DDG-74) and USS Gonzalez (DDG-66), passed through the Strait of Hormuz late this afternoon local time.

They added that the warships transited the Strait unchallenged by Iran's Islamic Revolution Guard Corps Navy.

The vessels are presently in close proximity to other US ships deployed to deal with what Washington has referred to as "Iranian readiness to conduct offensive operations against US forces".

USNI learned that at present, the Abraham Carrier Strike Group was operating off the coast of Oman while the USS Kearsarge (LHD-3) was off the coast of the United Arab Emirates near the entrance to the Persian Gulf.

Tensions between Washington and Tehran have escalated recently, as the United States has boosted its military presence in the Persian Gulf with the Abraham Lincoln aircraft carrier and a bomber task force, to send "a clear and unmistakable message" to Iran. Washington also approved the additional deployment of the Patriot missile defence system and an Arlington amphibious warship to the region. Iran has condemned US sabre-rattling as "psychological warfare" and repeatedly expressed its readiness to retaliate in the event of a military conflict.