Indian to military cooperation with Iran 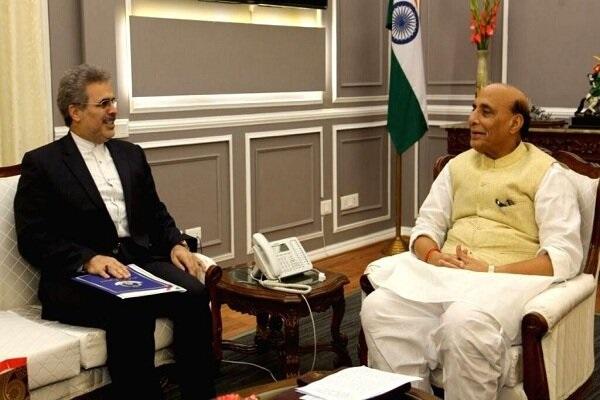 Referring to the historical and friendly relations between Iran and India, Rajnath Singh, Indian defense minister welcomed promotion of defense relationships, especially in the fields of defensive science and education, exchange of experiences and information on counterterrorism, piracy and rescue in the Persian Gulf and the Indian Ocean, as well as exchange of delegations at various levels.

Axar.az reports citing Mehr News that Iranian ambassador to India Ali Chegeni, for his part, introduced the new military attache of the Embassy of the Islamic Republic of Iran in New Delhi and also delivered the message of Iranian Defense Minister Brigadier General Amir Hatami to his Indian counterpart.

He also reported Iran's defense capabilities regarding indigenous knowledge and self-sufficiency in the defense industry.