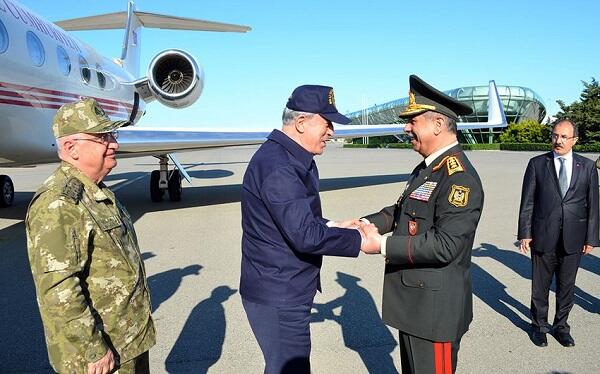 A delegation led by Turkish National Defense Minister Hulusi Akar arrived in Azerbaijan on May 27 for a working visit.

Axar.az informs that the guests were met at the Heydar Aliyev International Airport by the Minister of Defense of the Republic of Azerbaijan, Colonel-General Zakir Hasanov.

Then a solemn welcoming ceremony was held at the Ministry of Defense, the defense ministers of both countries passed in front of the guard of honor and the national anthems were played.

After the welcoming ceremony, the Defense Minister and other senior officials of the ministry met with the Turkish delegation.