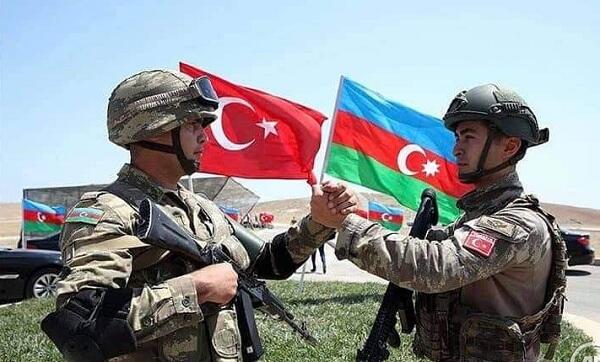 It is clear from Aliyev's speech that the Azerbaijani Army is in Turkiye, the Turkish Army is in Azerbaijan, and both Ankara and Baku will fight together in any operation.

Axar.az reports that according to the Shusha Declaration, both countries will jointly act on the political and military level against threats. However, it is important that it is announced by the President and declared now. Aliyev's message was a message to "those planning provocations on our border, trying to scare us", especially to Iran, which has become more prominent in this direction in recent times.

And it becomes clear that the army of Azerbaijan and Turkiye serve in the same trench in all senses of the word.