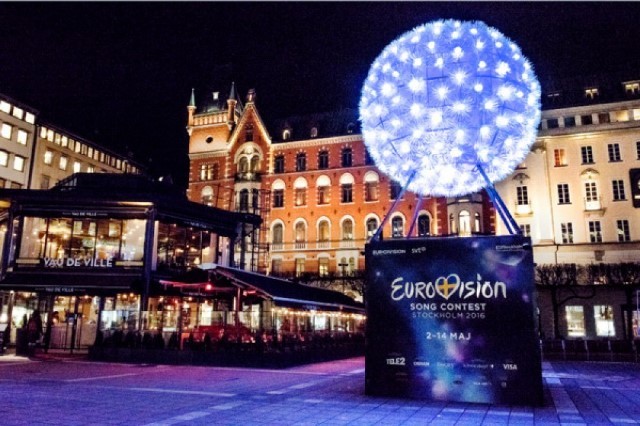 The symbol for the 2016 Eurovision Song Contest was inspired by the dandelion. It was created by INGO on behalf of the Swedish public broadcaster SVT and the EBU and represents the power of resistance and resilience but also regeneration – when the seeds fly away from the dandelion new life is created where they touch down. After the countdown has finished the installation will be placed in the grounds of the Globe Arena district as a reminder of the 2016 Eurovision Song Contest.

The sphere of the flower measures a total of four meters in diameter and consists of 190 flower seeds. It is also a dynamic and energy-saving light installation, has a subtle fragrance and plays music from the Stockholm-based streaming service Spotify. The flower stands on a three metre high podium with an integrated countdown clock.

The installation is a total of 8.5 metres high, of which the actual flower is 4x4 metres. The fragrance from the Magic Flower comes from a system that follows the International Fragrance Association criteria for the production, handling and use of scents. The fragrance is supplied by Uniscent ScentAir in Sweden. The flower was drawn by MK Illumination and manufactured in Slovakia. The sculpture is made of lacquered aluminum, frosted plastic cable ties and LED lighting. 84 square metres of metal was used to make the flower. There are 7280 points of light on the magical flower.

The 2016 Eurovision Song Contest will take place in Stockholm, Sweden on 10th, 12th, 14th May and is organised by the Swedish broadcaster SVT and the City of Stockholm.