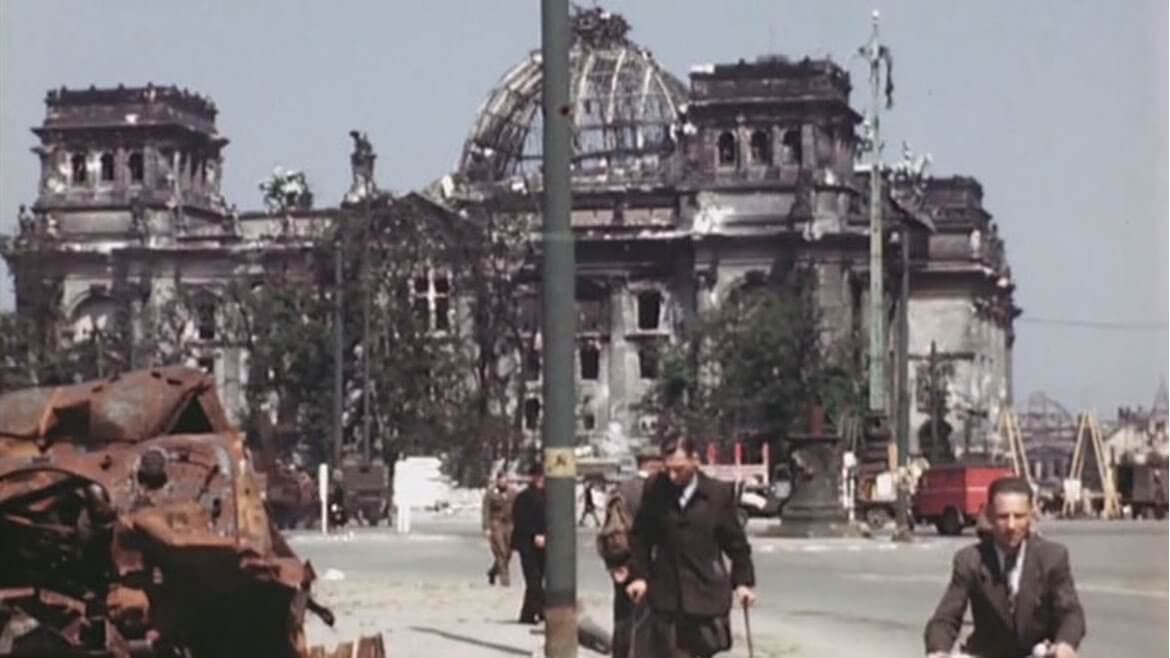 On May 2, 1945, the City of Berlin fell to Red (Soviet) Army after 16 days of terrible battle. Adolf Hitler would not surrender, so the fighting was taken to the streets of Berlin itself. But on April 30 Hitler committed suicide, and the German forces surrendered.

Even so, the Soviet troops did not spare the people of Berlin. In revenge for the atrocities committed by the Nazis on their own people they murdered soldiers and civilians, pillaged the people and raped the women.

After the Red Army finished its rampage the Soviets began to restore order. The city had been almost entirely destroyed. There was no transport, no sewers, and no food for the starving citizens. Colonel-General Nikolai Berzarin was appointed commander of the city. Soup kitchens were set up to feed the people, and locals were appointed on each city block to organise the cleaning-up. The Soviets tried to feed and reorganise the city, but even so, starvation and homelessness was a big problem. In June 1945 the average citizen received a little over a half of the ally ration they were supposed to get. Over a million people, of a city of two million, had nowhere to live (before the war the population of Berlin had been four million).

The Russians were surprised when they came to Berlin. Most Russian soldiers were poor peasants and workers. They had been told by their leaders that Germany was a poor country where people were unemployed and starved. But when they arrived they found that many Berliners were prosperous. This made them furious. They wondered why Germans, who had so much wealth, should want to invade Russia and take the little wealth they had. But the war had made Berliners miserable and poor indeed.