Minnesota Park will get devilish monument 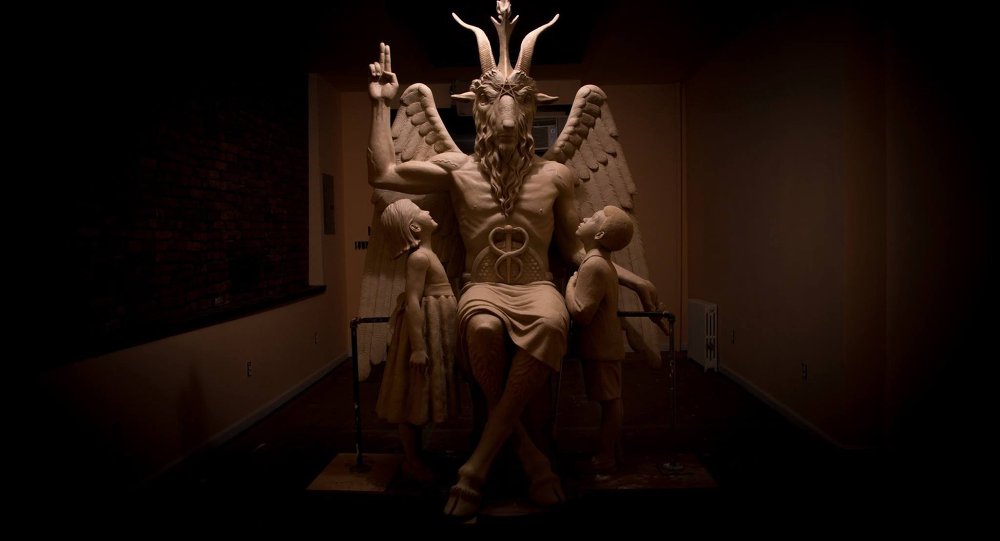 A Minnesota veteran’s memorial park will soon feature a satanic monument, following a religious freedom organization’s victory in a battle over freedom of speech on public grounds.

When a memorial statue of a kneeling soldier praying over a grave while holding a cross was placed at the Veterans Memorial Park in Belle Plaine, the Freedom From Religion Foundation took offense.

The Wisconsin-based religious freedom group quickly filed a complaint demanding that the cross be removed, as it was on public property.

"This isn't just a constitutional violation. It sends a message of exclusion to non-Christians, as if only Christian veterans are important,” Annie Laurie Gaylor with Freedom From Religion Foundation told local station KARE 11.

In January, the small town removed the cross.

"There are a lot of upset people,” Joe Burmeister, a local resident and veteran, told the station. "It was probably one of the hardest things I had to do in a long time was come up and cut this thing off.”

The mayor of Belle Plaine has stated he had no choice but to remove the symbol, as much as it pained him to do so.

"To me, it’s another attack on small town America – our freedoms,” Mayor Christopher Meyer said.

The battle ultimately caused the park to decide to add a “limited open forum” space, where any group can apply to put a temporary monument – as long as it is intended to honor veterans.

Despite the removal of the cross from the silhouette’s hand, the Satanic Temple decided that they, too, wanted to place a memorial in the park.

The group’s contribution will be a black steel cube with inverted pentagrams on all sides and an upside down soldier's helmet on top. The monument will also feature a plaque honoring veterans who died in battle.

The monument is still under construction in Salem, Massachusetts. It expected to be installed within the next month.