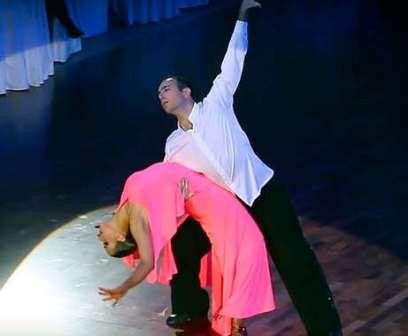 The competition will take place in the State Kremlin Palace in Moscow on April 23.

"We have never performed in the Kremlin, so this will be our debut," Azerbaijani dancers told Trend Life. "We expect to get lots of positive emotions from the tournament. Of course, its very important for us to show a perfect performance. However, at this stage, our priority is to have fun."

"We wish all participants to enjoy dance, music and their partners," the dancers said.

The organizers of the tournament are the president of the Russian Dance Union, People's Artist of Russia, the honorable vice-president of WDC, Stanislav Popov and "Gazprombank" are doing everything possible to ensure that event in the Kremlin will be even more dynamic and that spectators will experience bright emotions.

The dancers wished patience and strength to organizers of the event. "Their work is very difficult, especially when it comes to the tournament of such scale and level."

Two World Latin Dance Cups have already taken place at its floor in 2007 and 2011. Both of them had great success, were widely covered by the media and became the best in the history of WDC championships.

Although certain trends during the season can be traced, to predict the outcome of this tournament is impossible. The world's best dancers are invited from all over Europe - from Portugal to Azerbaijan, will do everything possible to show their dancing skills.

Two World Latin Dance Cups have already taken place at its floor in 2007 and 2011. Both of them had great success, were widely covered by the media and became the best in the history of WDC championships.