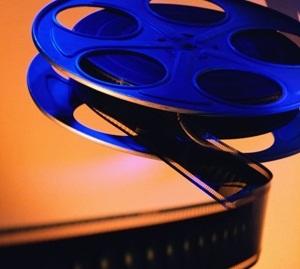 The Afghan man whose expulsion Swedish student Elin Ersson sabotaged was sentenced for gross abuse and domestic violence; this fact is not mentioned in the film made in her defense.

Meanwhile, Ersson is facing trial and may be punished with a prison sentence of up to six months at worst. Monday marks the start of a trial against Elin Ersson, who this summer stopped the expulsion of a 59-year-old Afghan, by live streaming her own onboard protest from a plane bound to Istanbul. Ersson boarded the aircraft with a ticket purchased by the activist group "Sit-in in Gothenburg" and refused to sit down until the man was let off.

Flights are not allowed to take off until all passengers are safely in their seats. Ersson's interference may thus be punished by fines or a maximum prison term of six months as a violation of the Aviation Act. The 21-year-old denies the crime, the newspaper Aftonbladet reported.

Just before the start of the trial, a film adaptation of Ersson's action was released. In the short film "Grounded", Elin Ersson is played by Josefine Frida Pettersen, best known as Noora from the Norwegian television series "Shame". The film was shot by the company Naughty Step, and Ersson herself is mentioned as one of the producers.

The ten-minute short portrays Ersson solving problems in a superhero-like fashion. She boards the plane at Gothenburg airport Landvetter and refuses to sit down until the Afghan slated for expulsion leaves the plane. More passengers stand up, and finally, the captain orders the Afghan and his companions to leave the plane. Ersson herself is then escorted out to the storming applauds of the passengers.

In the subtitles, people are encouraged to "stand up to injustice" like Elin Ersson. The film also contains a link to the NGO Ordinary Heroes, which celebrates Ersson's deed. In a clip on the organization's Facebook page, Ersson tells about her commitment to immigration and humanity.

"I care about this issue because of the growing number of Nazis in Europe", Ersson said. "I stood up for someone I didn't even know because it was a humane thing to do. In these times, when everything in the world is so inhumane, you have to use your privileges to help out the others, Ersson explained.

However, the film doesn't mention anything about the background of the 59-year-old Afghan, whose expulsion Ersson managed to stop. The man was previously sentenced to a nine month-sentence for domestic violence against his own wife and children. Additionally, the man said himself during the police investigation that he wanted to go home to Afghanistan, the news outlet Nyheter Idag reported.

Ersson's case has triggered polarising reactions in Scandinavia and has been called "tear activism". On YouTube, the film received almost twice as may down-votes, with users accusing Ersson and the producers of "virtue-signaling" and twisting the plot to match their narrative.

"He was a wifebeater and a criminal. This is the dumbest disinformation possible", one user wrote.