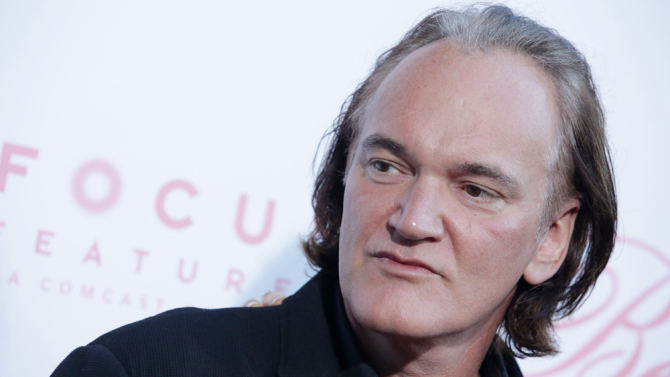 The director returned to the festival 25 years to the day after unspooling his Palme d'Or winner 'Pulp Fiction' with his new film starring Leonardo DiCaprio, Brad Pitt, and Margot Robbie.

Twenty-five years to the day after Pulp Fiction bowed in the same venue, Quentin Tarantino unveiled Once Upon a Time in Hollywood, perhaps the most anticipated film to hit the Palais in Cannes in the ensuing years. And the result was nothing short of spectacular, drawing a six-minute standing ovation after the Cannes Film Festival world premiere and leaving audience members buzzing that his latest pic was fantastic.

After the screening, Tarantino told the assembled crowd, "To my wonderful actors, producers and the studio that helped me make this movie. Thank you for being such a fantastic audience, for the first time we ever showed it to an audience. See you on the Croisette!"

Once Upon a Time marks the ninth feature from Tarantino and rode into Cannes with Beatlemania-like hype, given that it marks the first film for DiCaprio in four years since his Oscar-winning turn in The Revenant. The new pic also features A-listers Pitt and Robbie in starring roles.

The premiere drew stars from all over the world, including Zhang Ziyi, Gael Garcia Bernal, Diego Luna, Lea Seydoux, Tilda Swinton, Guillaume Canet and Gilles Lellouche, along with director Xavier Dolan, adding luster to the A-list red carpet. Also on hand were the film’s Dakota Fanning as well as Adrien Brody and Michelle Rodriguez (chewing gum on the red carpet). Meanwhile, someone held a sign that read “Viva Tarantino.”