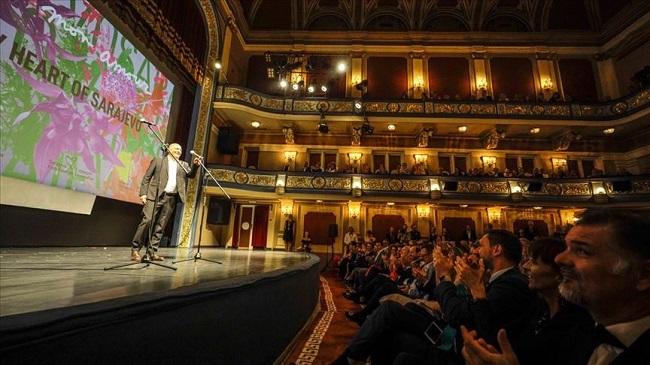 The 25th Sarajevo Film Festival kicked off Friday in Bosnia and Herzegovina’s capital with a traditional red carpet walk.

Axar.az reports citing AA that the opening ceremony of the festival, aimed at reviving arts and culture in Sarajevo in an effort to move on from Bosnia’s wartime legacy, was held at the National Theater.

This year's festival was inaugurated by Bosnian director Ines Tanovic's movie “The Son”, which also made its world debut.

Film fans flocked to the capital for the festival -- the country's most important cultural event.

Set to host 53 films in four categories this year, the festival was initiated 25 years ago to make the city a destination of culture and art once again and help heal the memories of the bloody Bosnian War.

Meanwhile, in the student film category, "Elephant's Graveyard", "Sad Girl Weekend", "Sherbet", "The Shift", "God The Mother", "Life Between The Exit Signs", "As Up To Now", "Broken Things", "Day Release", "Favorites", "How To Fly A Kite?", "Night Session" and "Sigh" will compete.

The Sarajevo Film Festival was launched in 1995 as an act of defiance towards the end of the 43-month siege of Sarajevo by Bosnian Serb forces and is now one of the most important cultural events in Europe, attracting thousands each year.