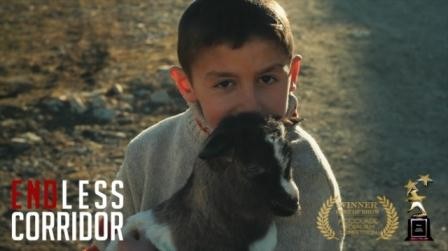 A US and Lithuanian co-production independent documentary Endless Corridor was screened on “London LIVE” TV channel.

The screening was organized by The European Azerbaijan Society (TEAS) within the information and propaganda campaign “Justice for Khojaly” initiated by the vice-president of the Heydar Aliyev Foundation Leyla Aliyeva, TEAS told local media.


As the documentary Endless Corridor is produced based on the testimonies of the witnesses, it reflects all the realities of the Khojaly events. It took five years and a huge work to make this film. This film is a peerless work for deeper understanding of the massacre that happened in Khojaly.


Recalling that the first premiere of the film took place on July 1, 2014 in London at the British Academy of Film and Television Arts (BAFTA). The vice-president of the Heydar Aliyev Foundation Leyla Aliyeva also participated at the presentation. The “Endless Corridor” film was produced by Aleksandras Brokas (Lithuania) and the “Grammy Award” winner Gerald Rafshoon (US). British BAFTA award winning actor Jeremy Irons narrated the film.

Following its international premiere throughout 2015, Endless Corridor attracted plaudits from critics across the world. It has received the Best Documentary and Best Director for a Documentary Prizes at the Tenerife International Film Festival in Madrid; the Best Documentary Editing Prize at the Milano International Filmmakers Festival; and in the prestigious US-based Accolade Global Film Competition, it achieved two awards – Best of Show in May 2015 and in January 2016 the Outstanding Achievement Award in the Accolade Humanitarian Awards 2015.


Within the information and propaganda campaign “Justice for Khojaly” the film has also been screened on the Turkish channels “TRT 1”, “Kanal 24”, “CNN Turk”, National Television of Albania, Israeli Channel “Channel 1” and Eurochannel TV.