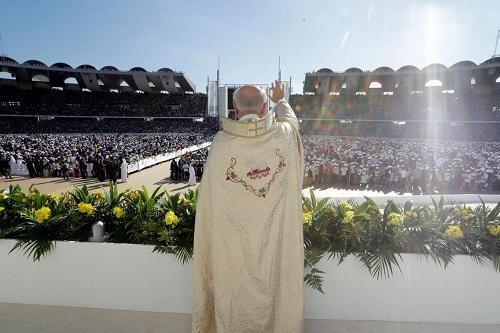 He said he would hide from the world, but Benedict XVI publishes a controversial book.

Axar.az reports citing Stuff.co that retired Pope Benedict XVI has broken his silence to reaffirm the value of priestly celibacy, co-authoring a bombshell book at the precise moment that Pope Francis is weighing whether to allow married men to be ordained to address the Catholic priest shortage.

Benedict wrote the book, From the Depths of Our Hearts: Priesthood, Celibacy and the Crisis of the Catholic Church, along with his fellow conservative, Guinean Cardinal Robert Sarah, who heads the Vatican's liturgy office and has been a quiet critic of Francis.

The French daily Le Figaro published excerpts of the book late Sunday; The Associated Press obtained galleys of the English edition, which is being published by Ignatius Press.

Benedict's intervention is extraordinary, given he had promised to remain "hidden from the world" when he retired in 2013 and pledged his obedience to the new pope.