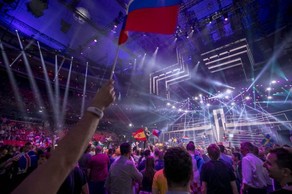 The 2016 Eurovision Song Contest was seen by more than 200 million viewers.

According to the official website of the contest, the 3 live shows from Stockholm, Sweden on 10th, 12th and 14th May reached 204 million people across 42 countries – 5 million more than in 2015. According to the latest data, the 2016 Grand Final of the Eurovision Song Contest achieved, on average, an audience share of 36.3% across 40 markets - more than double the average prime-time viewing share for the same group of channels (15.7%).

Iceland once again delivered the largest viewing share of all 42 countries (95.3%). Despite its entry not making it to the final for a second consecutive year, 95.5% of those watching TV in the country saw the Grand Final.

Germany might have finished the Grand Final with the lowest number of points but delivered the highest number of viewers and its largest audience since winning the Eurovision Song Contest in 2010. This year 9.3 million viewers watched, accounting for 36.8% of German TV viewing.