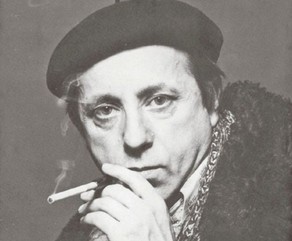 Baku poet, translator, publisher and collector of contemporary art, Alexander Glezer died in Paris at 82 year of his life.

A friend of the poet said.

Alexander Glezer was born in 1934 in Baku, and spent his childhood in Ufa. Graduated from engineering-economic faculty of the Moscow oil Institute. Glaser has been an active member of the nonconformist community and self-publishing.

He was one of the organizers of the famous “bulldozer exhibition” in 1974. Soon after its dispersal, in 1975, was forced to go abroad, to France. Managed to take out part of his collection of contemporary Russian art (80 of the 500 paintings). Subsequently, the remaining paintings were forwarded through diplomatic channels.

Soon founded near Paris in Montgeron, Museum of contemporary Russian art in exile. Actively engaged in exhibition and publishing activity, he founded the publishing house “the Third wave” that made up the anthology “Russian poets in the West”. He wrote several books on modern Russian art.

Since 1994 has been published and performed in Russia. Partially moved to Moscow publishing house “the Third wave”, which published the books of Joseph Brodsky, Genrikh Sapgir, Eugene Reyna, Vladimir Ufliand etc.

Glezer will be buried on Wednesday in the Russian section of the cemetery Sainte-geneviève-des-Bois in Paris.