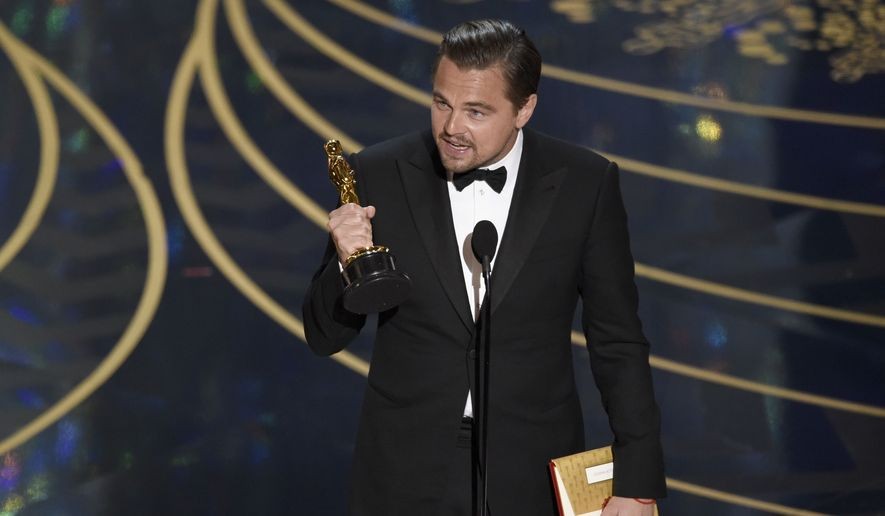 Making ‘The Revenant’ was about the relationship between man and nature … Climate change is real. It’s happening right now,” said the best actor winner, making a political speech against politicians who don’t agree with him.

Mr. DiCaprio said that global warming is not only “the most urgent threat affecting our entire species” but even affected the shoot of “The Revenant,” which is set during a bitter winter.

“Our production needed to move to the southern tip of this planet just to find snow,” he said, claiming 2015 was the “hottest year on record.”

When accepting the same award at the Golden Globes last month, he also went political, saying he shared the award with “First Nations People” and indigenous tribes around the world.

“It is time that we recognize your history and protect your indigenous lands from corporate interests,” he said.
He also railed against politicians, calling them paid shills and liars.

“We need to support leaders around the world… who speak for all of humanity,” and not those focused on greed. I thank you all for this amazing award tonight. Let us not take this planet for granted. I do not take this award for granted,” he said, garnering another ovation.

Note that, Leonardo DiCaprio got Best Actor Award for “The Revenant” film.