New campaign for booklovers in Khizi 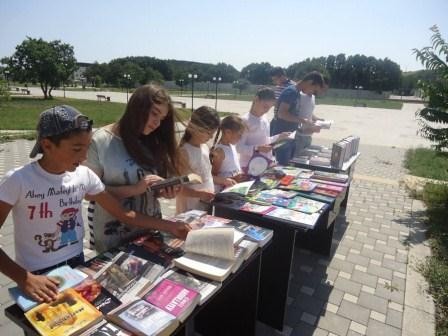 From August 8 a new campaign is being held for booklovers in the central Heydar Aliyev Park of Khizi (North-East Azerbaijan).

The initiative belongs to the Centralized Library System of Khizi.

As a part of the project called Open Library (açıq kitabxana), books that are mostly coming from a library are being disposed in the park. Readers can read books in open air and get some of the books by becoming a member of a library.

The campaign is planned to be held for a week. Approximately 3 000 books are going to be disposed for readers.