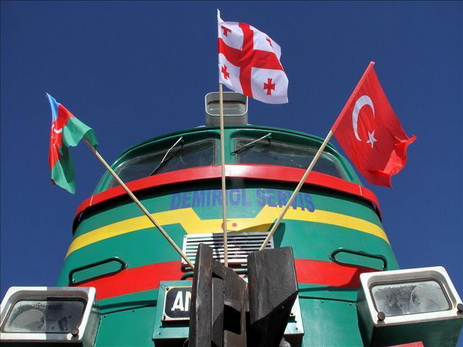 A senior fellow at Italian Il Nodo di Gordio think tank has called the Baku-Tbilisi-Kars railroad “a cooperation corridor” in his article in L’Opinione newspaper.

In “Baku-Tbilisi-Kars: new Eurasian horizons” article, Andrea Marcigliano highlights the importance of the newly built railroad to the countries of the region and its contribution to the realization of the Great Silk Road project. Marcigliano refers to President Ilham Aliyev’s remarks during the opening ceremony, saying the railroad links other large scale oil, gas and transportation projects and increases the importance of Alat International Sea Trade Port.

Marcigliano says the BTK is indicative of friendly and brotherly relations between Azerbaijan, Turkey and Georgia.

He says that the idea to build the Baku-Tbilisi-Kars railroad was born in 1993 after Armenia occupied the Azerbaijani territories making the use of the railroad in the occupied lands impossible.