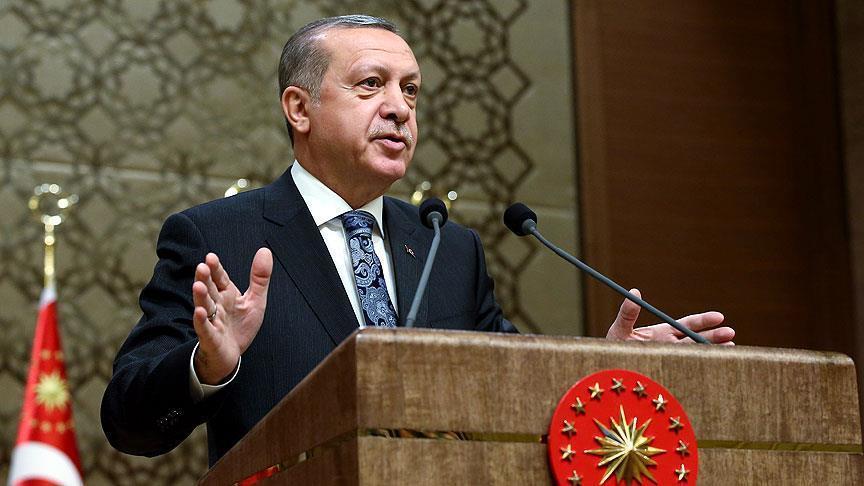 Earlier, the Turkish President pledged that he would pursue non-dollar transactions in trade with Russia and other countries, adding that America behaves "like wild wolves."

The dependence of members of the Cooperation Council of Turkic-Speaking States (CCTS) on the dollar hampers their economic development, Turkish President Recep Tayyip Erdogan told a CCTS summit in the Kyrgyz town of Cholpon Ata. The CCTS, also known as the Turkic Council, includes Azerbaijan, Kazakhstan, Kyrgyzstan and Turkey.

"I believe that intensifying trade [by clinching transactions] in [CCTS members'] national currencies is a necessary condition for their development," Erdogan stressed, referring to the "tough times" these countries are currently going through.

In this vein, he singled out "some countries" which he said "ignore international dialogue and use threats and blackmail," in an apparent nod to the US.

"International sanctions place dynamite under the agreements. The Turkic states should demonstrate solidarity so that the international system can operate fairly, on the basis of mutual respect," Erdogan underscored.

Late last week, the Turkish President pointed out that currency manipulations sought to "cast doubt on Turkey’s strong and solid economy", urging Ankara "to gradually end the monopoly of the dollar once and for all by using local and national currency among us."

Erdogan suggested that dependence on the dollar in international trade constitutes a bigger problem that must be solved, saying that "using the dollar only damages" the countries.

Earlier, Erdogan also blamed Western rating agencies for undermining Turkey's banking sector amid attacks on the national currency. He said that "they can't topple Turkey with dollars" and called for ignoring "those impostors, those racketeers."

On August 10, US President Donald Trump authorized the doubling of steel and aluminum tariffs on Turkey, up to 50 and 20 percent, respectively, which resulted in the Turkish lira falling to a historic low.

The White House also slapped sanctions on two Turkish government ministers amid an Izmir court's refusal to release the US missionary Andrew Brunson, who was arrested in October of 2016 for reportedly playing a role in a failed coup attempt in Turkey.

In response, Turkey announced that it was raising levies on several types of US imports, including tobacco, alcohol and cars, among other products.
In addition, Turkish Trade Minister Ruhsar Pekcan said that Ankara will challenge Washington's decision to double tariffs on steel and aluminum imports from Turkey at the World Trade Organization.