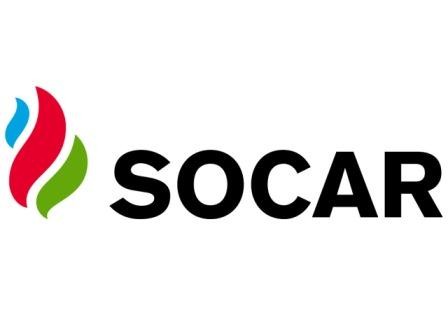 Azerbaijan’s state owned energy company SOCAR has finalized the year of 2015 without any losses, although the situation was unfavorable for oil producers in the global market.

Losses of SOCAR due to the low oil prices could amount to 1 billion manats ($662 million) but the company was able to maintain break-even-budget thanks to its assets in U.S. dollars.

The statement was made by Suleyman Gasimov, the company's vice president on economic issues on April 27.

The losses were offset, the company’s expenditures were equal to its incomes, Gasimov added.

That was achieved through the difference in exchange rates, as the company receives its revenues in foreign currency.

The government decided to pass to a floating rate of national currency late 2015, which resulted in the devaluation of manat with regard to major currencies.

SOCAR produces oil and gas in Azerbaijan both at the expense of its own funds and together with the foreign partners.

The vice president further added that SOCAR is optimizing its business and restructuring its management systems in order to reduce costs. More than 750 actions are implemented in nine departments of SOCAR together with the audit firm Ernst &Young in order to achieve more effective management and to reduce costs.

Currently, the number of SOCAR employees exceeds 52,000 people. As much as 30 percent of its employees are engineers and managerial staff and 70 percent are workers. During the last year, the average salary of the employees of the state-owned companies amounted to 857 manats ($568). So, the salary fund of SOCAR accounts for approximately 20 percent of its costs, he added.

The debt of the state-owned companies is a sensitive issue and managed by the company in a professional manner, Gasimov said.

The vice president emphasized that the amount SOCAR needs to pay off this year is not so much. The main part of this debt are represented in loans allocated for 5, 10 and 15 years.This debt also includes loans from the State Oil Fund which was used for the purchase of share in Azeri-Chirag-Guneshli field and construction of the Baku Shipyard and other small loans.

In addition, the company received some loans from the International Bank of Azerbaijan.

Part of the loans will be covered at the expense of internal funds of SOCAR, and the remaining part by the government, said Gasimov.

SOCAR repaid more than $1 billion on loans for the projects in Turkey, said Gasimov adding that additional $400 million of the company's debt were repaid on eurobonds in the beginning of 2016.

The vice president on economic issues emphasized that the debt of the company is controlled and managed regularly and does not create any problems to activities in the company.

Moreover, SOCAR estimated its income and expenditures at $50 per barrel on average for 2016, Gasimov said adding that oil prices are not only affected by the economic but political factors as well. Azerbaijan has a modest impact on balancing supply and demand in the global market.

After the gathering of the top oil producers in Doha, it was expected that oil prices would fall. However, it was not the case.

The oil prices is projected to reach the level of $50- $60 in 2016. If it happens, it will be very beneficial for SOCAR, said Gasimov.

According to the latest developments in the global oil market, prices of crude oil continues to experience a slight increase.

The price of Azeri Light crude oil per barrel increased by $0.43 to $46.05 on the global oil market.