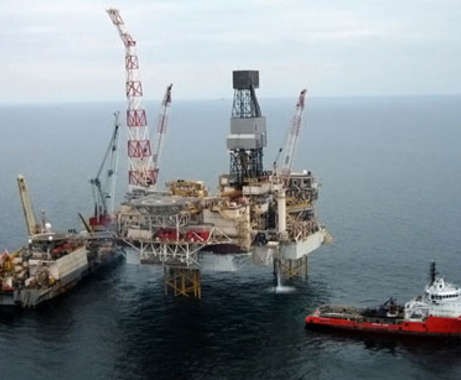 The Asian Development Bank will eye possibility of allocating loan worth $1.505 billion for the development of the second phase of Azerbaijan’s Shah Deniz gas and condensate field.

The Bank informed that the investment plan for multi-tranche financing of the Shah Deniz-2 project is at the proposal stage currently.

The proposed investment plan will bolster Azerbaijani government's efforts to finance Shah Deniz-2 project. It is aimed at improving the fiscal situation of the country by increasing its revenues from natural gas exports from the expanded Shah Deniz field and creating additional jobs.

The plan will provide a partial credit guarantee to support commercial bank financing of the government's shares in the amount of 16.67 percent of the project's cost.

The ADB mission will visit Azerbaijan from June 15 to June 24 to gather facts on the project. In addition, the investment plan will be considered on July 4 by the bank's management, and it is expected to be approved on August 22 by the bank’s Board of Directors. If the loan is allocated, it will be used by Southern Gas Corridor CJSC.

Shah Deniz will be the main source for the Southern Gas Corridor. The corridor is included to the list of priority projects for the EU. It envisages the provision of more than 10 billion cubic meters of Azerbaijani gas annually from the Caspian region to Europe.

The pipeline network will stretch across 3,500 kilometer area from the Caspian Sea into Europe via Azerbaijan, Georgia, Turkey and Greece.

First gas delivery to Georgia and Turkey is targeted for late 2018. Gas deliveries to Europe are expected a year after first gas is produced in offshore Azerbaijan.

Other gas sources can be connected to the pipeline at the later stages.

Today, the SGC is one of the biggest construction projects of our times with a value of $45 billion.

Moreover, the World Bank and the European Investment Bank are also expected to allocate more than $2 billion loans together for the construction of TANAP pipeline.

The realization of this pipeline project will contribute to enhancing the EU’s energy security and diversification of its gas supply routes.