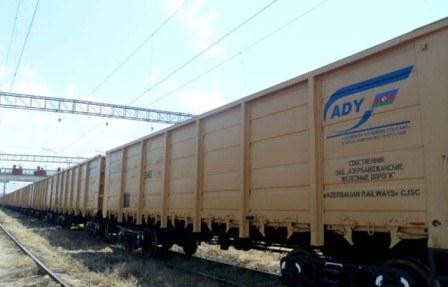 The amount of cargo transportation via Azerbaijan's railways is expected to surpass 25 million tons by 2025, Javid Gurbanov, head of Azerbaijan Railways CJSC, said in an interview with The Business Year magazine.

"Global economic situation is currently characterized by a period of decline," he said. "We are doing as much as we can at Azerbaijan Railways. We will continue our efforts to increase the amount of cargo during 2016."

Gurbanov noted that in 2014, Azerbaijan Railways handled 21 million tons, mainly inside the country.

The decrease in the amount of cargo can be explained by the devaluation of the national currency, decline in the domestic construction industry, and other related factors, according to Gurbanov.

He pointed out that the level of imports in Azerbaijan was reduced as well.

Head of Azerbaijan Railways further said that the oil and gas sector continues to play a huge role in the country's economy.

"I believe that we need to diversify [the economy] and focus on four main sectors: transit transportation, as this will allow Azerbaijan to transform into a transport hub; technologies and innovation; tourism; and agriculture," he said.

There is no country that can succeed without having a strong agriculture sector, Gurbanov said.

He noted that the increased railway activity in Azerbaijan has the ability to improve the strength of important domestic sectors.