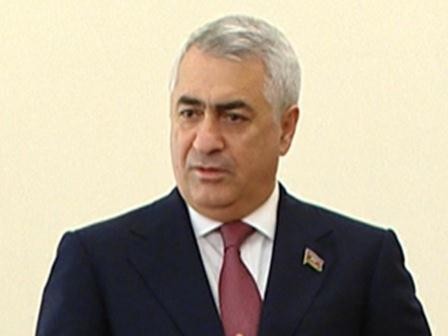 Azerbaijan and Iran are considering three options for financing construction of the Rasht-Astara (Iran) railway section, which is a part of the North-South transport corridor, which aims to connect northern Europe to South-East Asia, Head of Azerbaijan Railways CJSC Javid Gurbanov said in an interview with ANS TV channel.

Construction of the Rasht-Astara (Iran) railway section is worth nearly $900 million, according to estimates of the Iranian side, head of the company said.

He added that the Azerbaijani side has not yet conducted examination of these calculations.

"We have asked Iran to provide us with the documentation on the project, and we will submit it to the ministries of finance, economy and emergency situations of Azerbaijan," Gurbanov said. "An evaluation will be conducted, and its results will be presented to the president of Azerbaijan. The Azerbaijani side expressed its readiness to provide financial support to Iran in the construction of this section."

"President of Iran Hassan Rouhani is expected to visit Azerbaijan August 8-10, and until that time, we will try to prepare the necessary documents and protocols to provide financial assistance regarding this section, and these protocols will be signed between the two countries if the president of Azerbaijan approves them."

The form of financing sources depends on the outcome of the negotiations, Gurbanov said.

"It will depend on the conditions of the agreement whether the sources of financing will be in the form of a loan [which will be provided by Azerbaijan] to Iran, whether Iran will attract a foreign loan or it will be a loan attracted within the country," Gurbanov added.

"All the three options are being considered, and the one which suits the two sides will be chosen," he said. "Iran wants the companies of the two countries to work together and on equal rights. However, there are options of working within a joint venture or holding an international tender."

Initially, three to five million tons of cargos per year will be transported via the corridor, and the volume will increase up to 10-12 million tons in the future, according to preliminary estimates.