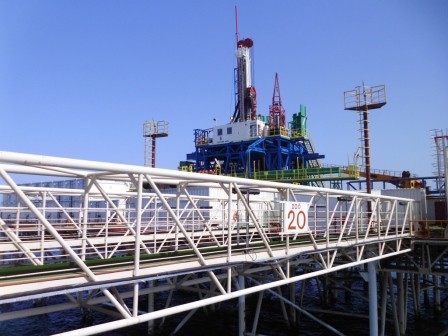 Azerbaijan's state oil company SOCAR will produce about 3,650 tons of oil annually through commissioning of a new well being drilled at the Oil Rocks offshore field in the Caspian Sea.

The well's projected depth is 1,050 meters and its daily debit is expected to reach 10 tons of oil, said SOCAR in a message issued June 30.

SOCAR is currently implementing a program to stabilize and increase oil output.

The company produced 3.16 million tons of oil at the country’s onshore and offshore fields in January-May 2016, as compared to 3.46 million tons in the same period of 2015.