Turkish Airlines to increase the flights to Russia 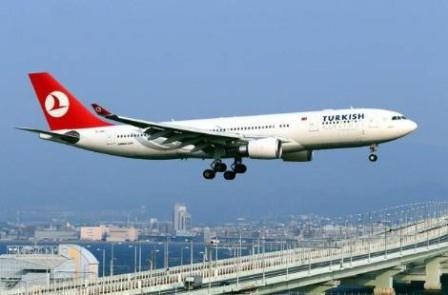 Turkish Airlines will increase the number of flights from Turkey’s resort province of Antalya to Russia, Turkish Hurriyet newspaper reported July 6 citing the head of the company’s representative office in Russia Mefail Deribash as saying.

Deribash said this decision was made due to the increasing demand for flights to Turkey, as well as the lack of charter flights.

Turkish Airlines will implement flights from Antalya to Moscow three times a day, he added.

Russian President Vladimir Putin signed a decree June 30 lifting Russia’s restrictions against Turkey. Putin also instructed the Russian government to take steps aimed at lifting the ban on charter flights between the two countries. He cancelled restrictions on the sale of tours to Turkey.