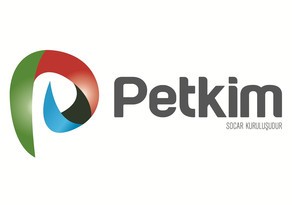 Sadettin Korkut, Director General and member of the Board of Directors of Petkim Holding petrochemical complex, major share of which owned by the State Oil Company Azerbaijan Republic (SOCAR), has been dismissed yesterday.

Report was told at the SOCAR.

According to the information, Anar Mammadov, Executive Director of SOCAR subsidiary in Greece (SOCAR Greece) has substituted S.Korkut.

According to SOCAR, other persons have also been dismissed within the personnel reforms at SOCAR Turkey: 'Just based on the appeal of one of them, former director general of Petkim Holding Sadettin Korkut detained'.

Notably, earlier, Anar Mammadov has served as SOCAR Energy Greece Executive Director. He has been working in this post since 2014. Before working at SOCAR Energy Greece company, A.Mammadov served as chief executive officer at SOCAR Georgia Gas Ltd, Arxiel Carbonexis Ltd as well as regional director at Millio International Ltd. A.Mammadov studied at the Faculty of Law of Baku State University and Oxford University College of Petroleum Studies.