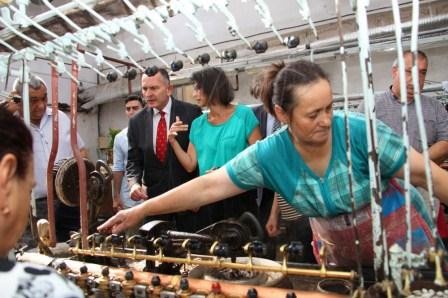 Israeli ambassador to Azerbaijan Dan Stav has visited industrial enterprises in Shaki as part of his tour of the country`s north-west region.

He familiarized himself with “Shaki-Ipak” and “Shaki Agro Industries” enterprises and visited a fruit garden.

Stav also had a meeting with head of Shaki City Executive Authority Elkhan Usubov, and the two discussed prospects for cooperation between Azerbaijan and Israel, and opportunities for involving Israeli businessmen in projects in Shaki.

Stav hailed Azerbaijani-Israeli relations, saying they were developing in all spheres.