Drilling of first well in "Absheron" field will start 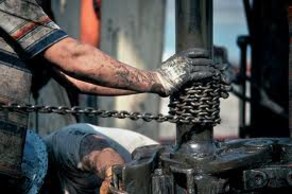 French "Total" may start drilling of first well in "Absheron" gas condensate field for middle of 2017.

Rovnag Abdullayev, President of the State Oil Company of Azerbaijan Republic (SOCAR) told reporters that work has been done on Development Program.

"The new generation drilling rig will be involved in drilling of the first well in "Absheron" field in the middle of 2017. At present, "Total" prepares Development Prrogram and plans to present it to SOCAR in early November", SOCAR President said.

Notably, first gas production in "Absheron" field is scheduled to begin in third and fourth quarters of 2019. The final investment decision on the plan for initial production expected to be made in 2017.

'Absheron' gas-condensate field is located in the Caspian Sea, in the south-west of 'Azeri-Chirag-Guneshli' oil-gas fields bloc, in 500 meters depth of the sea. Area of the field is 260 square kilometers. According to SOCAR estimations, field's potential reserves consist of 350 billion cubic meters of gas and 45 million tons of condensate.