80% of work on Shah Deniz 2 completed 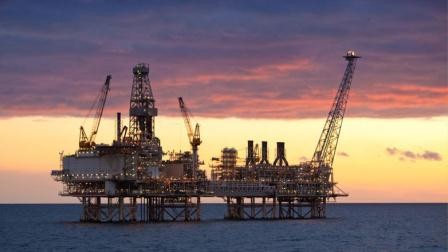 The work within the Shah Deniz Stage 2 project has been completed by 80 percent, Rovnag Abdullayev, president of Azerbaijan’s state oil company SOCAR, said in his article published by Azerbaijani state newspapers.

“The work on Shah Deniz 2 successfully continued in the first half of 2016,” he said. “For the present, the four-fifths of the planned works, including engineering, construction and other works have already been completed.”

“Ten wells have been drilled with help of the ‘Heydar Aliyev’ and ‘Istiglal’ drilling rigs in order to deliver the first volume of gas and prepare to increase the production in the future,” said Abdullayev.

“In Azerbaijan’s oil and gas history, Shah Deniz 2 is the first project wherein all the construction and installation works are carried out within the country,” he added.

“At the same time, an underwater infrastructure is being created in the Caspian Sea for the first time as part of the project,” said Abdullayev. “Currently, the special vessel ‘Khankendi’ is being built for this purpose and it will carry out the underwater operations.”

“The vessel is being built at SOCAR’s new shipyard and this work is expected to be completed by early 2017,” he added.

SOCAR president said the shipyard has been actively involved in the construction of a semi-submersible drilling rig of sixth generation.

“The project is financed jointly with Azerbaijan’s State Oil Fund. The rig will be put into operation in early 2017 enabling us to intensify the drilling work in the Caspian Sea,” he said.

Abdullayev said that in total, to date, around 75 billion cubic meters of gas and 19 million tons of condensate has been produced at Shah Deniz.

He noted that 9.9 billion cubic meters of gas and 2.3 million tons of condensate was produced at the field in 2015.

Abdullayev said 74 billion cubic meters of gas and 18.8 million tons of condensate was delivered to local and foreign markets from 2006 until Aug. 1, 2016.

The reserve of Shah Deniz is estimated at 1.2 trillion cubic meters of gas.

The annual gas production will increase to 16 billion cubic meters within Shah Deniz 2.

The cost of the Shah Deniz Stage 2 is estimated at $25 billion, with the first gas to be received in 2018.

Shah Deniz Stage 2 will be the main source for the Southern Gas Corridor. Its gas will be exported to Turkey and European markets by expanding the South Caucasus Pipeline and construction of Trans-Anatolian Natural Gas Pipeline and Trans-Adriatic Pipeline.