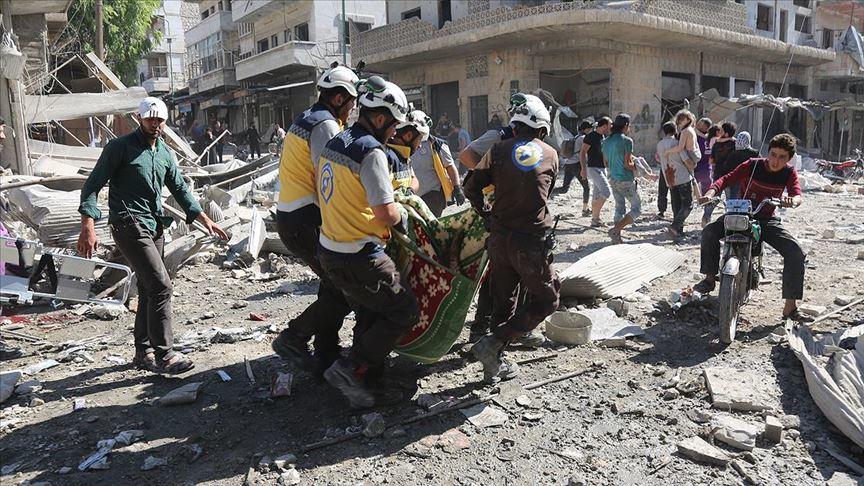 Jouma and his family were fleeing their home in Syria in 2018 when an air strike hit the bus they were on.

The little boy's face was severely wounded and he was left completely blind. He was three years old at the time.

The family now live in neighbouring Lebanon and allowed the BBC's Eloise Alanna to film them in their temporary home.

Correction 19 August 2019: A previous headline for this story referred to a "Syrian air strike". However, it is not clear who was responsible for the attack and the story has been changed.