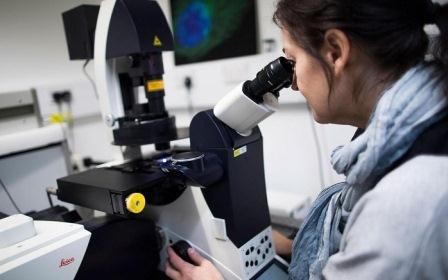 An experimental drug is offering new hope to young patients with Hodgkin lymphoma, an aggressive form of blood cancer.

The immunotherapy drug called nivolumab has already shown “considerable” shrinking of tumours in two-thirds of patients in a recent trial, after which they typically remained symptom-free for nearly eight months.

Dr Graham Collins, consultant haematologist from Oxford University Hospitals Foundation Trust, and a member of the trial team, said: "Every year in the UK, around 2,000 people are diagnosed with Hodgkin lymphoma and, sadly, many will be in their 20s or 30s.

"If a patient`s cancer progresses despite available treatment, there is often little that can be done. “For the first time in this very sick patient group we are seeing immunotherapy treatment considerably reduce cancer burden in a majority of patients.

"Nivolumab is now offering real promise in this disease. The hope is that this will translate into longer survival in more patients than has been possible to date."

Part of a new generation of “smart” medicines, nivolumab interferes with the cancers` ability to shield themselves from the body’s immune system.

It has already proved effective against melanoma, the most dangerous form of skin cancer, and one type of lung cancer.

Now the new study has looked at how nivolumab can tackle Hodgkin’s lymphoma in patients who failed to respond to other treatments.

Most of those affected are young adults in their early 20s and older people over 70.

Results from the trial were presented at the annual meeting of the European Haematology Association in Copenhagen, Denmark, and are now due to be published in the journal The Lancet Oncology.

Jonathan Pearce, chief executive of the Lymphoma Association, said: "It is vital that innovative treatments are being developed and made available to lymphoma patients.

"We want everyone affected by lymphoma to receive the best possible treatment and care, and the more options there are to improve outcomes and quality of life for patients, the better."