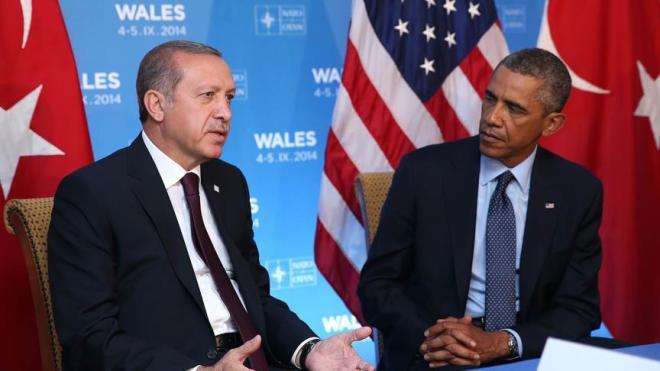 President Recep Tayyip Erdogan and U.S. President Barack Obama on Tuesday discussed the Syrian cease-fire and the fight against ISIS, according to Turkish presidential sources.

In a telephone call, Obama expressed his condolences for the deadly terror attack early Sunday at an Istanbul nightclub that claimed 39 lives and injured more than 60 other victims.

The American president voiced appreciation for Turkey’s efforts on a nationwide cease-fire deal many hope will be a pathway to political negotiations for a sustainable peace in Syria.

The cease-fire brokered by Turkey, Russia and the Assad regime took effect last Friday in the country that has been locked in a devastating war since 2011.

Erdogan and Obama also discussed the fight against ISIS and other terror groups in the region and agreed on more cooperation on a counter terrorism campaign.