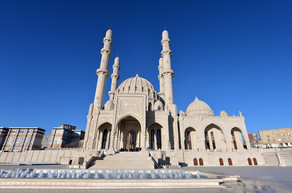 The Khojaly massacre victims were commemorated in "Heydər" Mosque in Baku.

Axar.az reports that, the mosque's akhund Rufat Garayev told the second part of the Friday sermon was dedicated to those tragically killed in the Khojaly genocide.