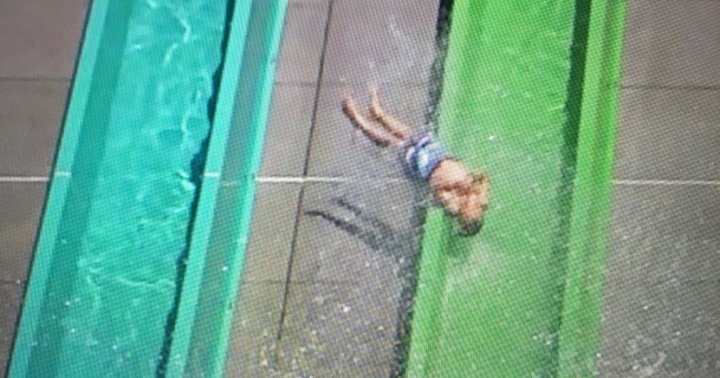 A 10-year-old was briefly hospitalized after sliding off a waterslide with an 80-foot drop during opening day of a new California waterpark.

The boy was sliding down the three-story slide called the Emerald Plunge Saturday and had neared the bottom when when he flew over the edge to land on concrete, KTRK reports. He was treated for scrapes at the hospital and was subsequently released.

"He seem to be shook, but seemed to be OK. He immediately got up and went into the first aid room. He was assessed by staff and his parents were here," assistant city manager Linda Smith told KTRK.

"The Wave" waterpark opened in Dublin, California the same day as the incident, according to Mercury News.The slide, which KTRK reports cost $43 million to build, is currently closed along with the one next to it. The city is currently assessing what adjustments need to be made to ensure the slide is safe.