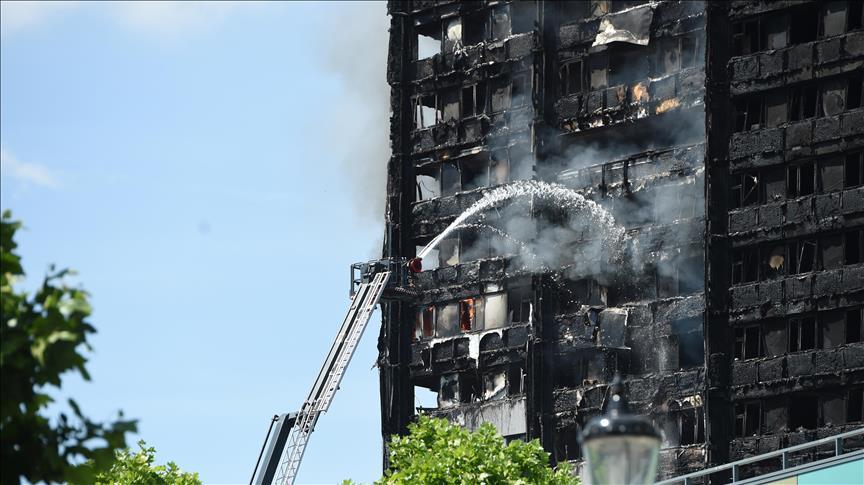 The final death toll from a deadly tower block fire in London earlier this year is 71, including a stillborn baby, British police confirmed on Thursday.

Axar.az reports citing AA that, the last two bodies from the scene of the Grenfell Tower blaze in West London have been identified, Metropolitan Police said.

June’s blaze was one of the U.K.’s worst fire disasters.

“All those identified were people who police anticipated would be recovered from Grenfell Tower, and who had been reported missing since Wednesday, 14 June,” a Met statement read.

Search teams believe all those who perished in the blaze have now been found and identified.

The fire that cost the lives of dozens of residents in June was blamed on a faulty fridge according to earlier reports. The blaze spread quickly due to the building’s cladding, which was thought to have worked as an accelerator.

“Every single flat on every single floor and every communal area has now been thoroughly and meticulously searched. This has included a full forensic fingertip search, with officers examining 15.5 tons of debris on each floor,” police said.

"The human cost and terrible reality of what took place at Grenfell Tower affects so many people,” Commander Stuart Cundy said.

“Our search operation and ongoing investigation is about those people. Tragically, that night, 70 children and adults died and a baby was stillborn,” he added.

Cundy said a criminal investigation was continuing and police “are determined to do all we can to find the answers that so many people so desperately want".

Based on footage, 223 people escaped the Grenfell Tower fire and survived, the Metropolitan Police added.

A public inquiry ordered by Prime Minister Theresa May and a police inquiry are still underway to determine the cause and the reasons for the high death toll in the disaster.